Changes to the way in which so many aspects of the world works recently means that, since September, I have had to use a tablet to replace sheet music when singing. Having done some research and tried a couple of options, I have now assembled what I believe is the most suitable equipment for me. There may be alternatives to aspects of the set up, but - obviously - I have not tried them all, so this is simply my personal experience.

The bulk of the expense of the set up is the tablet itself. The important thing for me was the size of the screen, which means that the selection was limited to the 12.9" screen of the Apple iPad Pro. My usual approach of buying a well-speced piece of technology means that I opted for the current fourth generation model, and I chose the 128Gb model as lots of scanned copies of music can start eating into storage.

Beyond the practicality of this application, the iPad Pro is a beautiful piece of technology which is a pleasure to own!

When singing, I like to be able to mark my copies, both to remind me in performance of the conductor's instructions and to help me next time the music comes round. With the iPad, there was no question but to add the Apple Pencil. I bought the second generation pencil, as it is designed to work with the fourth generation iPads. The pencil is pressure sensitive and, coupled with its ability to switch between pencil and eraser by a double-tap on the 'barrel' of the pencil and the iPad's palm detection, means that it is the closest I have ever coming to writing on paper when using a stylus on tablet. The responsiveness and accuracy of the tablet itself makes a big difference to the usability, and Apple's handwriting recognition feature works impressively well (although this is not relevant for rehearsal marks).

Initially, I was using Adobe's free Acrobat viewer to display my music PDFs, which worked functionally. However, my attention was drawn to forScore which is an Apple-only app written specifically for displaying music. The software itself is straightforward to use and contains a wealth of features which would clearly be useful in a variety of musical contexts, even if I don't have the need for them. The biggest selling point to me was the fact it was designed to work with the Apple Pencil for annotations and so there is no need to select an edit mode to make changes, and the experience becomes even more like writing on paper. forScore is also designed to work with Apple's AirPods, and while this is not something I have tested, the integration of the pencil suggests that it would offer helpful features to other musicians (the idea of being able to nod to turn pages thanks to their internal gyroscope is something which I would like to see in action!).

Realising it would be useful to protect the iPad, I purchased a procase slim cover based on the reviews of many of the cases and the fact it appeared to be relatively light-weight. The case itself is sturdy and the iPad feels secure in it. I have also found it useful that, as the cover folds to allow the tablet to be stood on a desk, the folded section acts as a more comfortable means of holding the tablet when singing.

The case comes with a screen protector too. While I've not installed this, it's probably one of the jobs I will get around to, although I do worry slightly that it will affect the efficacy of the pencil; if I do install it, I will update the post.

In terms of holding the iPad, even though its weight does not make it impossible to hold by hand, I have found it much easier to have a sturdy music stand to hold the tablet as it is much more comfortable and helps my posture.

I bought the final piece of the setup - an Air Turn DIGIT III Bluetooth Remote Control - when I was using the tablet as an auto-cue for a school assembly I had to video record and I needed some way to turn the pages of the text at a distance. (I had a large print copy of the text I was reading on the iPad on a stand just underneath the camera so I was able to talk to the camera.) The remote, like the pencil, is integrated within forScore, so it just works. With the tablet on a music stand, using the remote to turn the pages means that there is no need to reach up slightly awkwardly high (because of the useful height of the music stand for reading) and it is easier to maintain a good posture.

My setup has evolved to this stage over the past four months, but having been using it in this form for the past fortnight, I believe this is a really good arrangement for singers, but which would also offer a great range of flexibility to all sorts of musicians, for whom the only tweak might necessarily be the remote control for page turning, whether this is done via AirPods or a foot pedal.

The two drawbacks are ensuring that the iPad and remote are charged (the pencil charges automatically when magnetically affixed to the iPad), and the cost. The charging comes down to being organised (and/or buying a power bank), and the bulk of the cost is made up of the iPad; however, for the screen size (which I have found to be necessary) I fear this is unavoidable. Overall, I am pleased to have been able to invest in the technology to move my sheet music into the mid-pandemic twenty-first century world.

Posted by Richard Shakeshaft at 12:14 No comments:

Correspondence published in The Daily Telegraph during May 1994: 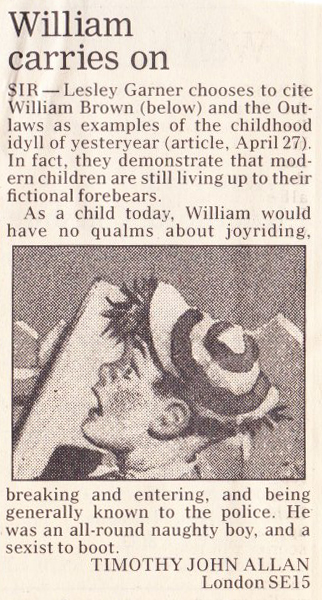 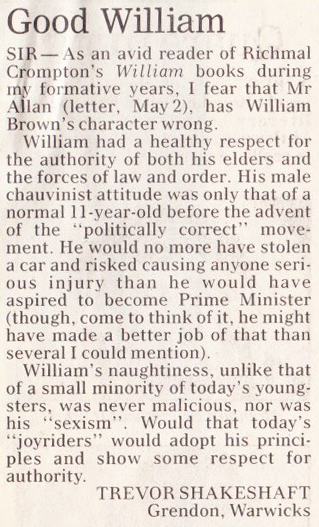 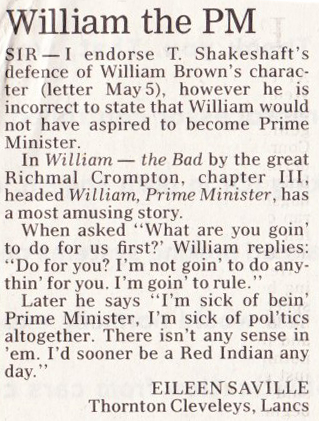 When I was at school, David Dew was a member of English Department, and he was also a stalwart member of the school's choirs and of the CCF. His particular musical passion was the music of the Victorian era, and he tried - valiantly - to introduce me to some of the more obscure composers of the era. While I failed to appreciate them to the extent he did, I would acknowledge that he did make me more aware of the merit of Arthur Sullivan's work.
When sorting out my sheet music the other week, I came across some things which he had written and had passed copies to me. I remembered reading in the school news that he had died prematurely some years ago, and a quick Google revealed the details and provided a little more of his life in an obituary from his Oxford college.

Tony Lemon, Fellow in Geography, remembers David Dew (Mansfield, 1972-78) in the 2006 Autumn/Winter edition of 'Mansfield', the college's magazine.
David Dew, who died of cancer in March 2003, spent seven years at Mansfield College, Oxford, reading three degrees — first degrees in Law and English and a postgraduate degree in English — before going on to train as a teacher. He entered into all his academic work, and everything he did outside it, with gusto.
David was a college institution: a fount of wisdom and a witty commentator who contributed to almost every aspect of college life. He was an intellectual whose appreciation of the classics once expressed itself in a Greek ballad that managed to include in its dramatis personae a significant proportion of both JCR and SCR members, carefully re-named but clearly recognisable! His passion for Victorian music was allowed to unleash itself upon a chapel congregation when one of his organ compositions was performed. With these distinctive interests he combined qualities one might less easily have guessed (reflecting determination as much as natural talent), rowing several times in successive College First Eights, some of which won blades.
David's whole teaching career was at Oundle School in Northamptonshire. His career choice was perfectly suited to his personality and talents. He was the quintessential public school master, devoted to the school and those in his care and taking a very active part in many aspects of school life, as he had at Mansfield. He was especially active in the school CCF (a school CCF prize now bears his name) and both the school's and the town's musical activities, taking part in four choirs including the local Gilbert and Sullivan Society: fittingly, Oundle marked the sad death of one of their most loyal and respected teachers with a performance of Verdi's Requiem.
Many generations of Mansfield students will remember David with affection and — if sensitive enough to his intellectual qualities or the barbs of his humour — some awe.

I looked at his compositions for the first time in 25 years, and while his settings of the canticles may be cliche-riddled, I rather enjoyed them. The copies I had were old photocopies and difficult to read. I therefore took the trouble to typeset and edit them, correcting some errors and tweaking moments of awkward underlay, and as I have been unable to find any details of his family, I present them here for posterity, and for anyone who might enjoy wallowing in unashamed Victoriana. If anyone does have contact details for his family, please let me know.
Posted by Richard Shakeshaft at 20:29 No comments:

I have always preferred making my own ice cream (and love a home-made crème anglaise), but aspects of the method I use are possibly a little unconventional, as I use a chamber vacuum packer and water bath. As I always have to work out quantities, temperatures and times, I thought it was useful, if for no-one other than me, to make a note of my method.

Ingredients (makes approximately 1 litre)
Method This method also works to make a perfect crème anglaise which can be kept in the fridge for up to a week. The creme anglaise can either be used as a sauce during this time, or turned into ice cream.

Ingredients (makes approximately 1 litre)
Method
This method also works to make a perfect chocolate sauce which can be served cold, warmed up gently in a bain marie, or turned into ice cream. It will keep in the fridge for up to a week.

For me, the water bath method of cooking the custard (whether or not it ultimately becomes ice cream) proves to be a life-saver in terms of avoiding that horrible moment when you scramble the yolks when trying to make it in a pan. Not only is this method much less labour-intensive, it is much more reliable. The simplicity of the method also means my 5 year old daughter is able to help me make her own chocolate ice cream without risk of error. She just needs to learn to separate eggs now...
Posted by Richard Shakeshaft at 15:10 No comments: